Trials,Tribulations and Happy Moments in my busy life

From the camp site at Corfe we decided to take Winnie to see the door on the Jurassic coast not far from where we were staying and see the natural limestone arch that goes into the sea.

I parked up and set off down the rugged path on my own as it was too much for Sue with her poorly back. 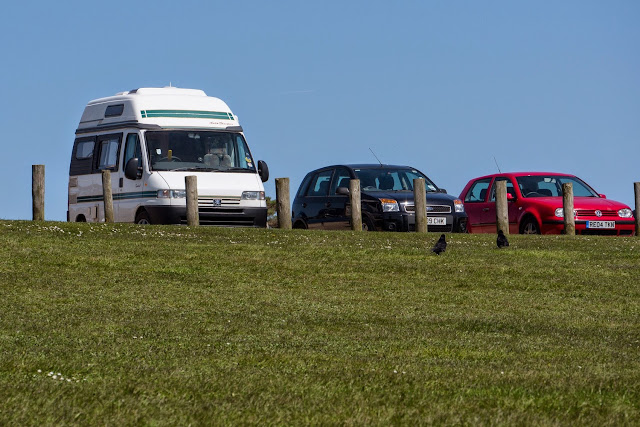 As I got further down the cliff path I was amazed at the colour of the sea just behind the door which is on the other side of the cliff. 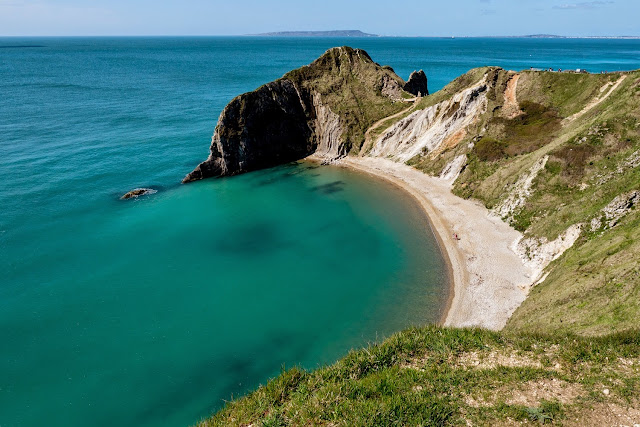 A bit further on there she was, the door which I thought looked like a dragon drinking from the sea. 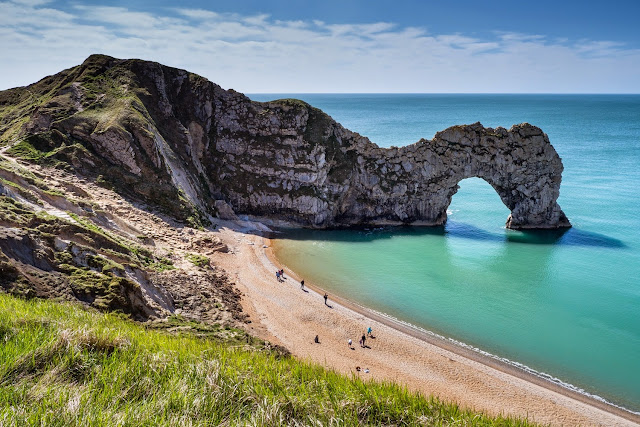 Looking across the white cliffs that stood out proudly facing the sea. 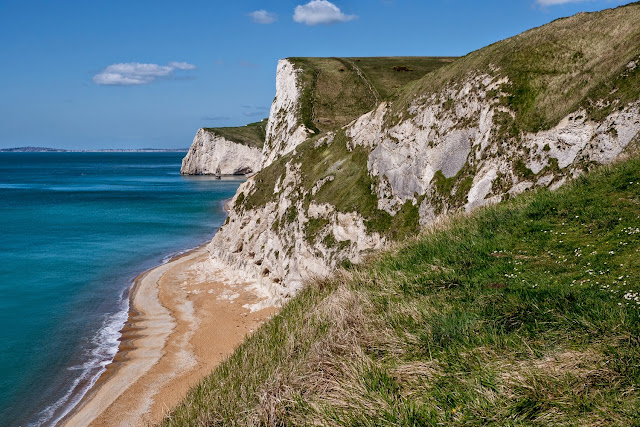 Finally looking the other way you can just see the cliff starting to fall into the sea and on the night before we arrived another 20 meters of cliff fell into the sea taking the footpath with it. 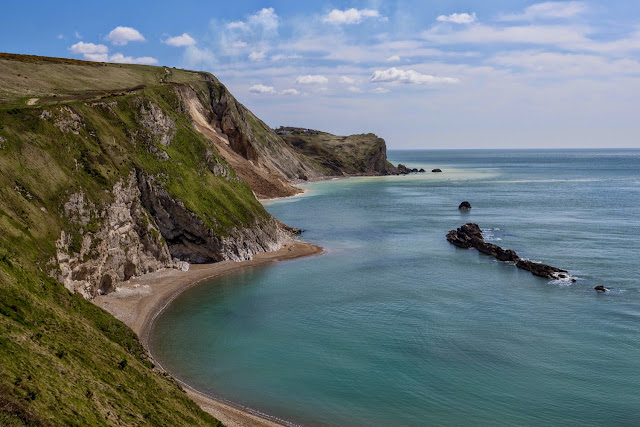 Back at the van we had lunch and went on to Lulworth Cove.